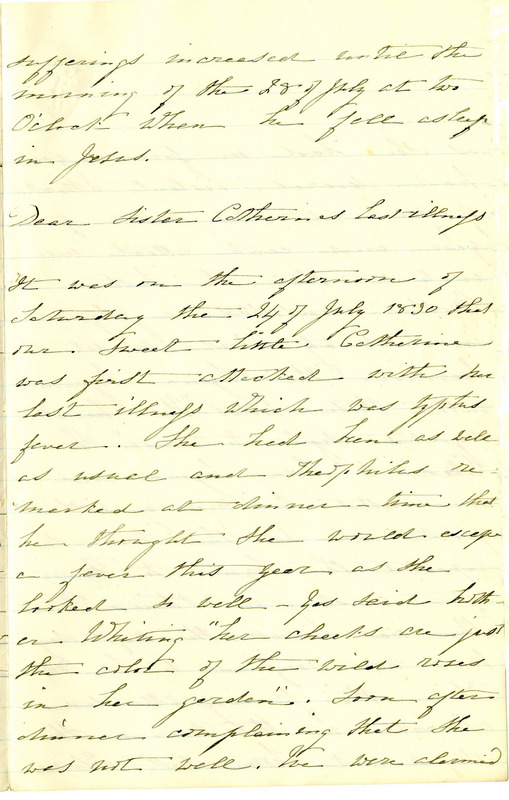 The first page of Bethia’s account of her sister Catherine’s illness and death. According to a note at the end of the manuscript, in 1875 Bethia copied these pages out of her old journal.

Catherine, the tenth child of Dan and Elizabeth Huntington, was born in the house at "Forty Acres" in Hadley on May 8, 1817. She grew up there, but died at the age of 13 on August 15, 1830 after a two month bout with typhous fever. Catherine was the first of the eleven Huntington children to die and this was a tragic event for the family.

In her journal and commonplace book Bethia wrote a detailed and moving account of "Dear Sister Catherine's Last Illness": “It was on the afternoon of the 24th of July 1830 that our sweet little Catherine was first attacked with her last illness which was typhus fever. She had been as well as usual and Theophilus remarked at dinner-time that he thought she would escape a fever this year as she looked so well--yes said brother Whiting "her cheeks are just the color of the wild roses in the garden....”