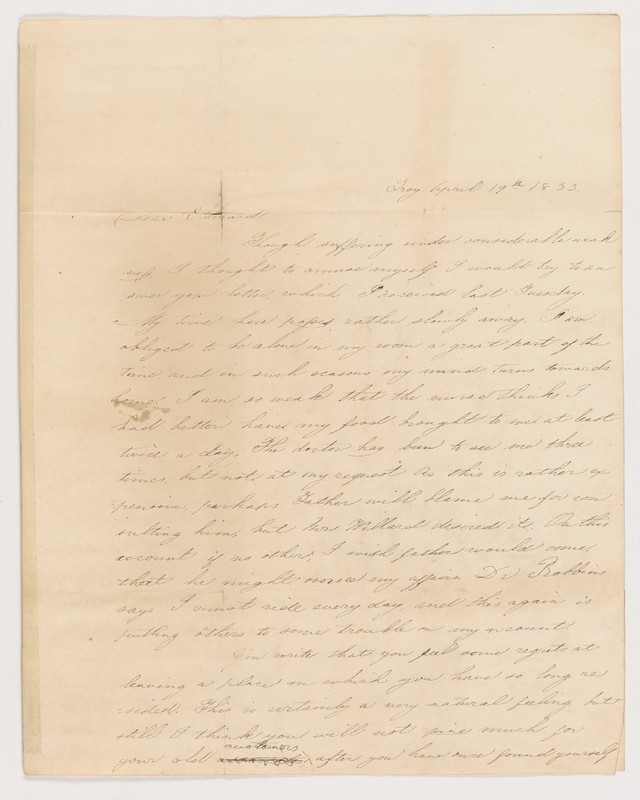 Though suffering under considerable weak__, I thought to amuse myself I would try to answer your letter, which I received last Tuesday. My time here passes rather slowly away. I am obliged to be alone in my room a great part of the time, and in such seasons my mind turns towards home. I am so weak that the nurse thinks I had better have my food brought to me at least twice a day. The doctor has been to see me three times , but not at my request as this is rather expensive, perhaps father will blame me for consulting him but Mrs. Willard ordered it. On this account if no others, I wish father would come that he might oversee my affairs. Dr. Robbins says I must ride every day, and this again is putting others to some trouble on my account.

You write that you must feel some regret at leaving a place in which you have so long resided. This is certainly a very natural feeling, but still I think you will not ____ much for your old customers after you have ___ found yourself